The Best Dressed Men at The Met Gala 2021

From cowboy hats to robot dolls, these are the guys who absolutely understood the assignment.

From cowboy hats to robot dolls, these are the guys who absolutely understood the assignment.

For lovers of fashion, the Met Gala is our Super Bowl, the highlight of our year. It’s a celebration of fashion and a revelry of couture, bringing together the most iconic figures in industries of design, film, music and the arts under one roof at New York’s Metropolitan Museum of Art, where the Met’s new exhibit is first unveiled to the A-listers of the A-listers.

This year, the Costume Institute presents their exhibit titled “In America: A Lexicon of Fashion,” coinciding with the Met Gala’s “American Independence” dress code. From bold looks to gold looks, from cut-offs to Converse, these are the best dressed men of last night’s Met Gala. In an all-white ensemble with pearl embellishments by Theophilo, the model was the fresh new vision of a Disney Prince. Ashton Sanders went for a classic American designer last night, but his butterfly-printed Thom Browne suit with structured shoulders was anything but basic. 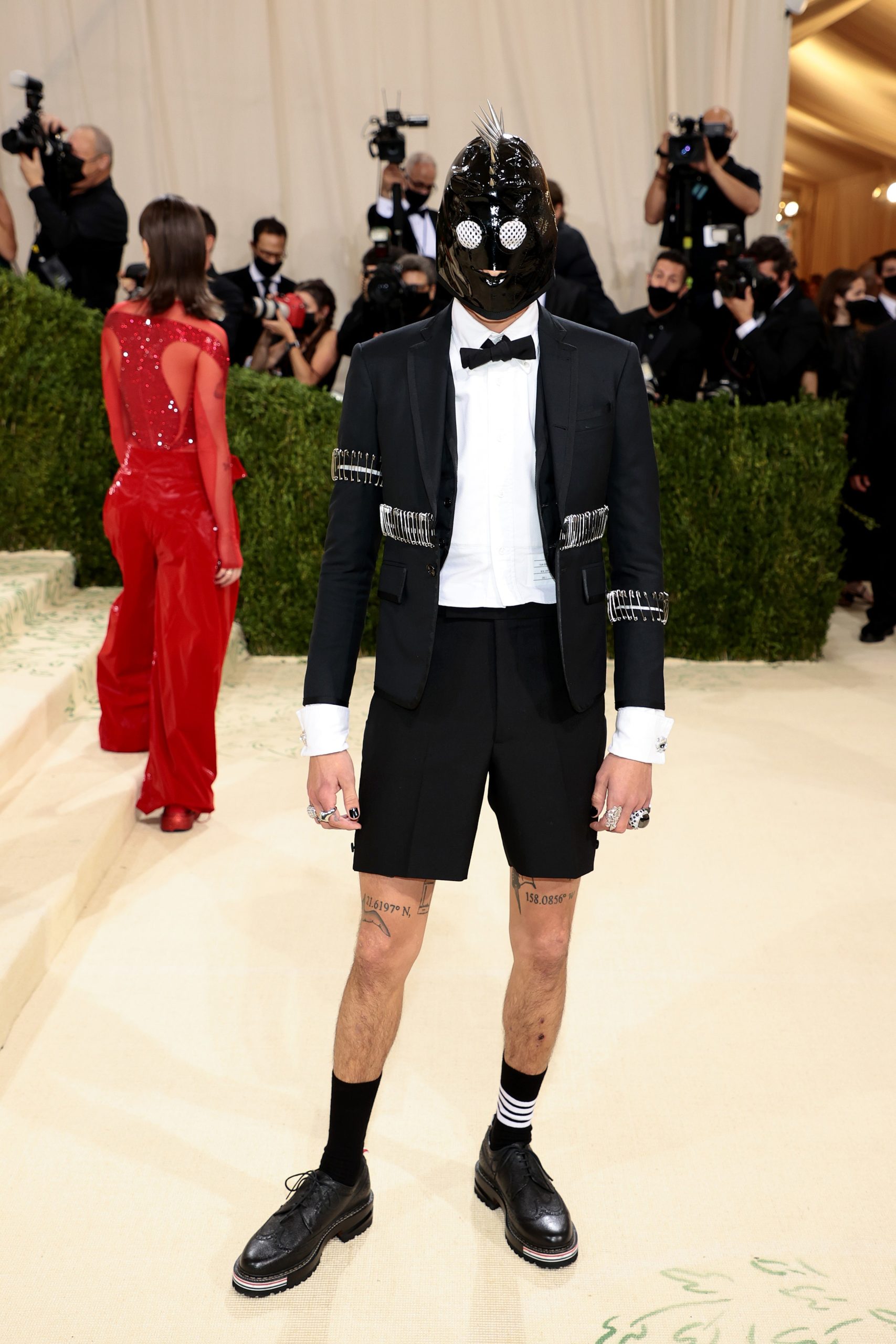 All eyes were on the Gossip Girl star and Met Gala newcomer last night as he took to the red carpet in a Thom Browne suit embellished with safety pins and a spiky mask equally as rebellious. Womenswear for men is becoming more and more popular, and with Troye Sivan at the Met Gala in a Cartier diamond necklace, Leather Man NYC bicep cuff, Rick Owens platform boots and Altu World black dress, it’s no question why that is. No one shone as brightly last night as Lil Nas X—three times over, in fact, as the rapper shed layer after layer of his Versace outfit to reveal more couture gold looks. With Irina Shayk as his date, the Moschino designer graced the red carpet last night in a suit of his own design, complete with bubblegum pink silk ruffles and a cinched waist. LA’s favorite music producer attended the Met Gala last night in an all red look by Givenchy, bringing out the red in America’s red, white and blue. At any event Timothée Chalamet attends, all eyes are on him, but as a co-host of the Met Gala, he was sure to stay true to the American theme in Haider Ackermann, Rick Owens sweats and a comfy pair of Converse sneakers. The comedian and actor looked sleek and chic last night, gracing the red carpet in a black and white Thom Browne ensemble. Leon Bridges understood the assignment, as evidenced by his fringed Western-inspired Bode outfit, complete with a cowboy hat. In a chic black suit by Kenneth Nicholson with white lace detailing, Lewis Hamilton brought all the elegance and luxury the Met Gala is known for.

The Sometimes Island’s Newest Single, “Acapulco” Breaks into the Top 100 on Pop iTunes Charts
He describes a day in Los Angeles as the conception of the new hit single